On each pole a sign was attached stating the name of the country and the penalty. Black information boards along the route contained an explanation about the project and a list of the countries and the penalty for homosexuality ranging from 1 year to death penalty.

The opening of the Monument of Visibility also was the opening of Pride Week 2021. During the opening ceremony Pride Amsterdam formally handed over ownership of the 71 flags to Stichting Zero Flags Project Foundation.

Because 2021 saw the coming into effect of laws decriminalising consensual-same sex sexual acts in Bhutan, the flag of Bhutan was formally handed over by Zero Flags Project chairman Hans Verhoeven to Cornelis Klein, Honorair Consul General of Bhutan in the Netherlands. 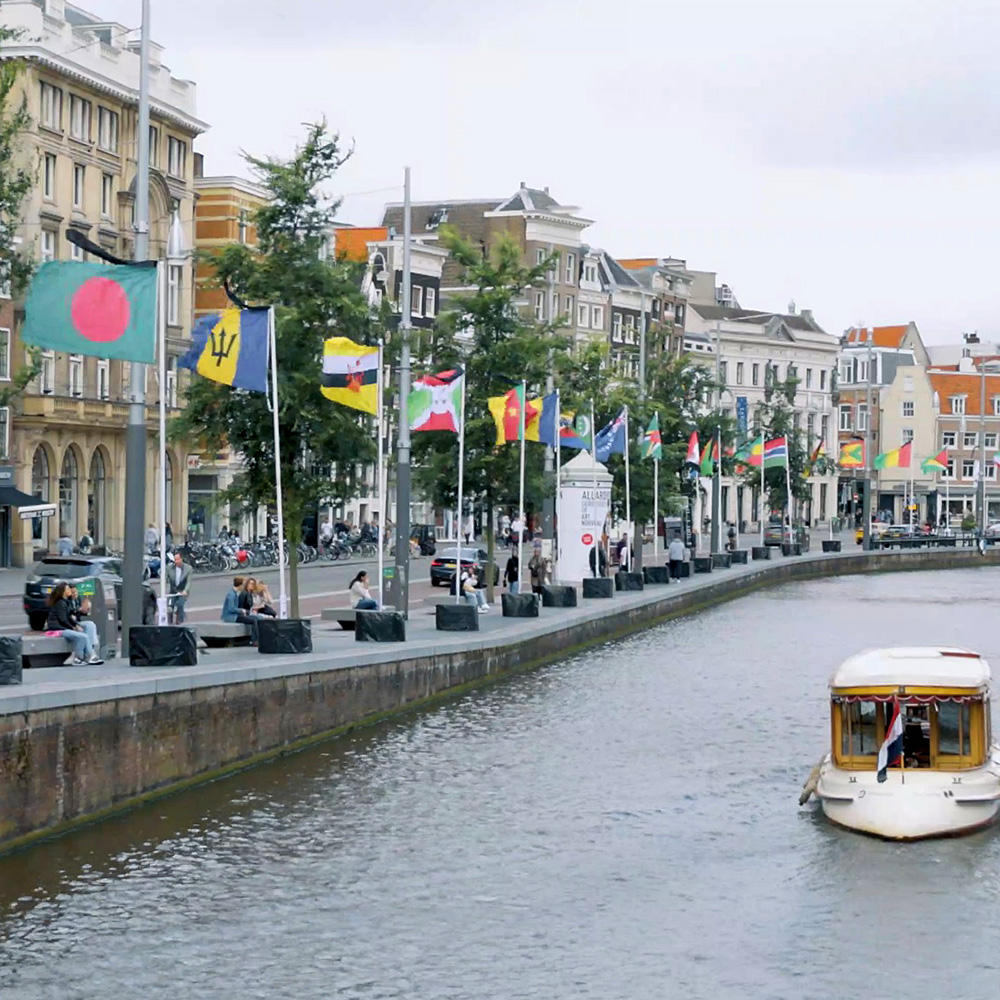 During the opening of the Monument of Visibility Sima Mohaghegh from Iran and Milly Guiseppi from Trinidad and Tobago explained why they had to leave their family, friends and country behind and became an LGBTIQ+ refugee in a totally new country.

Milly Guiseppi from Trinidad and Tobago

Due to corona the Pride Walk 2021 was the main event of Pride Amsterdam 2021. Around 10.000 people joined the walk and a similar number of people watched and cheered on as the parade marched by.

Since 2016 the flags of the countries where homosexuality is punishable by law have been included in the Pride Walk.

This year the Zero Flags Project walked as a long and impressive group at the front of the Pride Walk carrying the flags of the 71 countries where it is a crime to be gay. It was an important and serious part of the Pride Walk in which our solidarity with the LGBTIQ+ people living in those countries was shown.

We marched for those who could not join us! 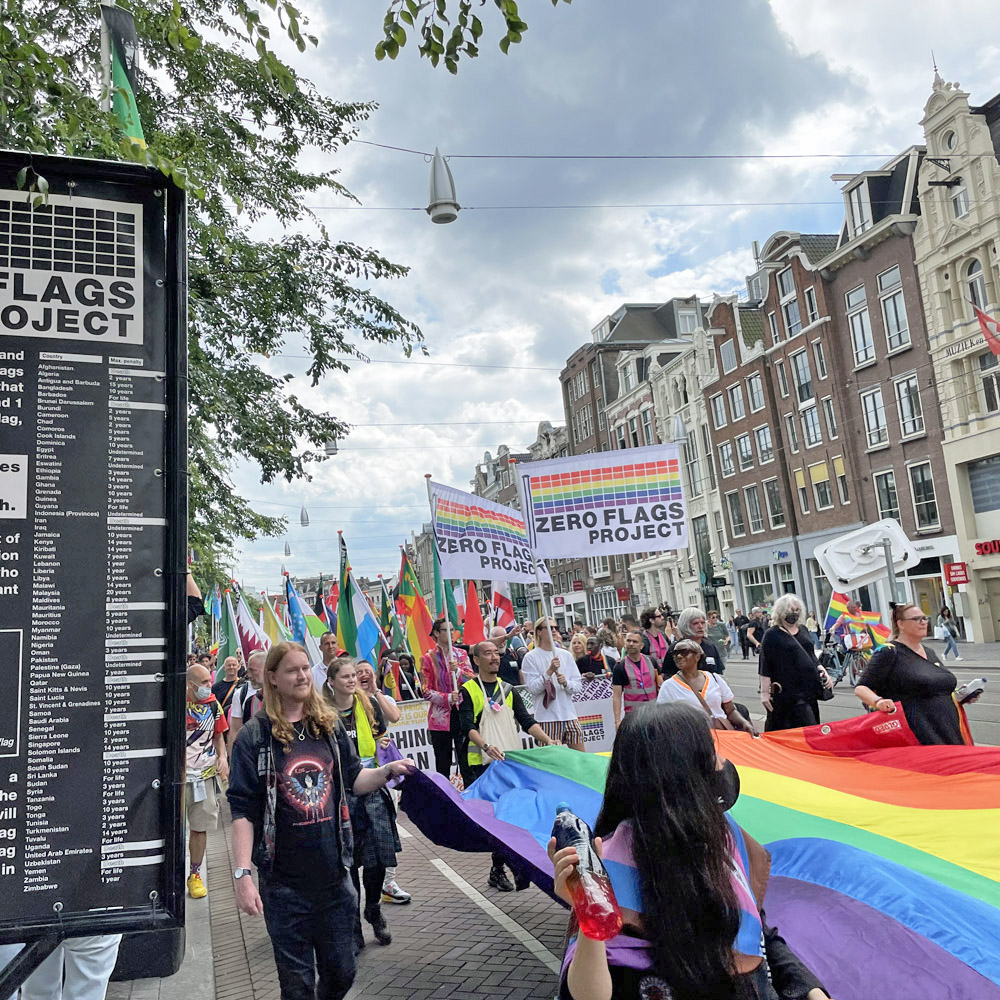 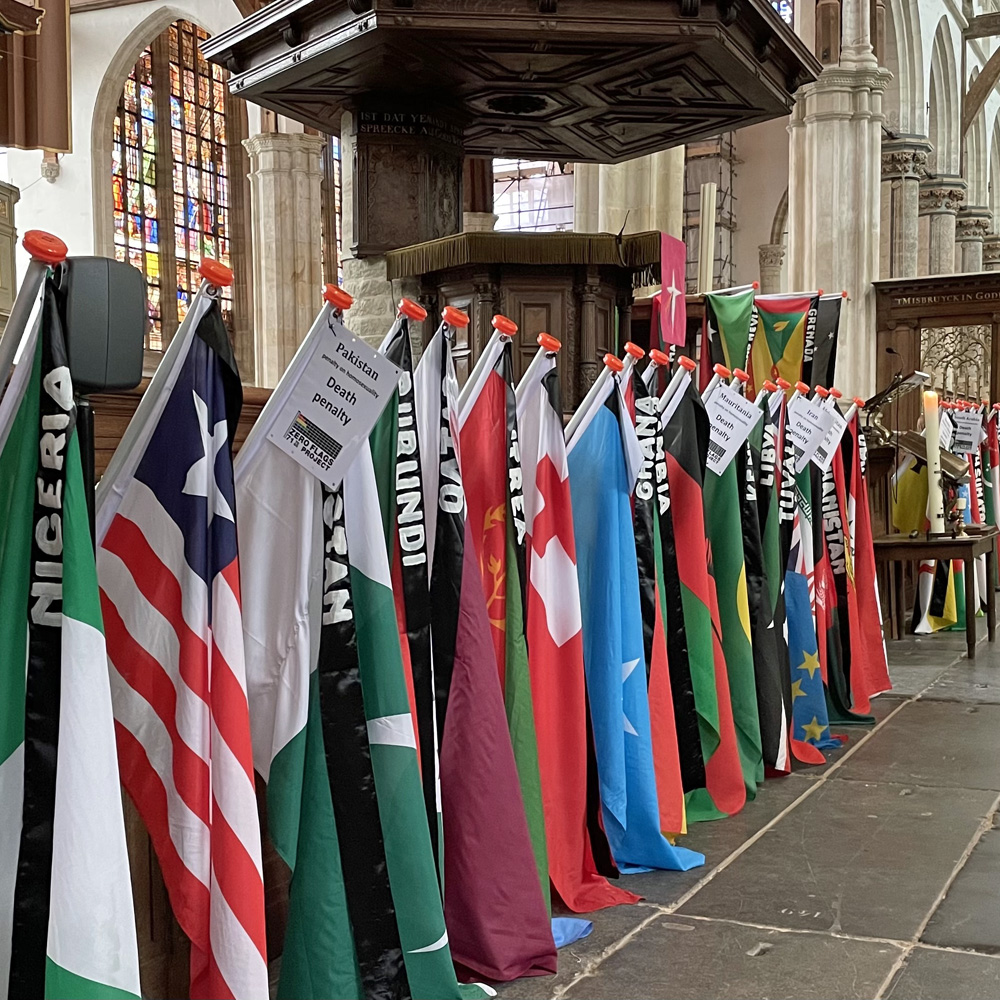 Sunday 1 August the 71 flags of the countries where homosexuality is in the Criminal Code were part of the 11.00 am service at the Oude Kerk in the city centre of Amsterdam.

You can see a recording of this Pride Church service in Dutch here.

Zandvoort – Pride at the Beach 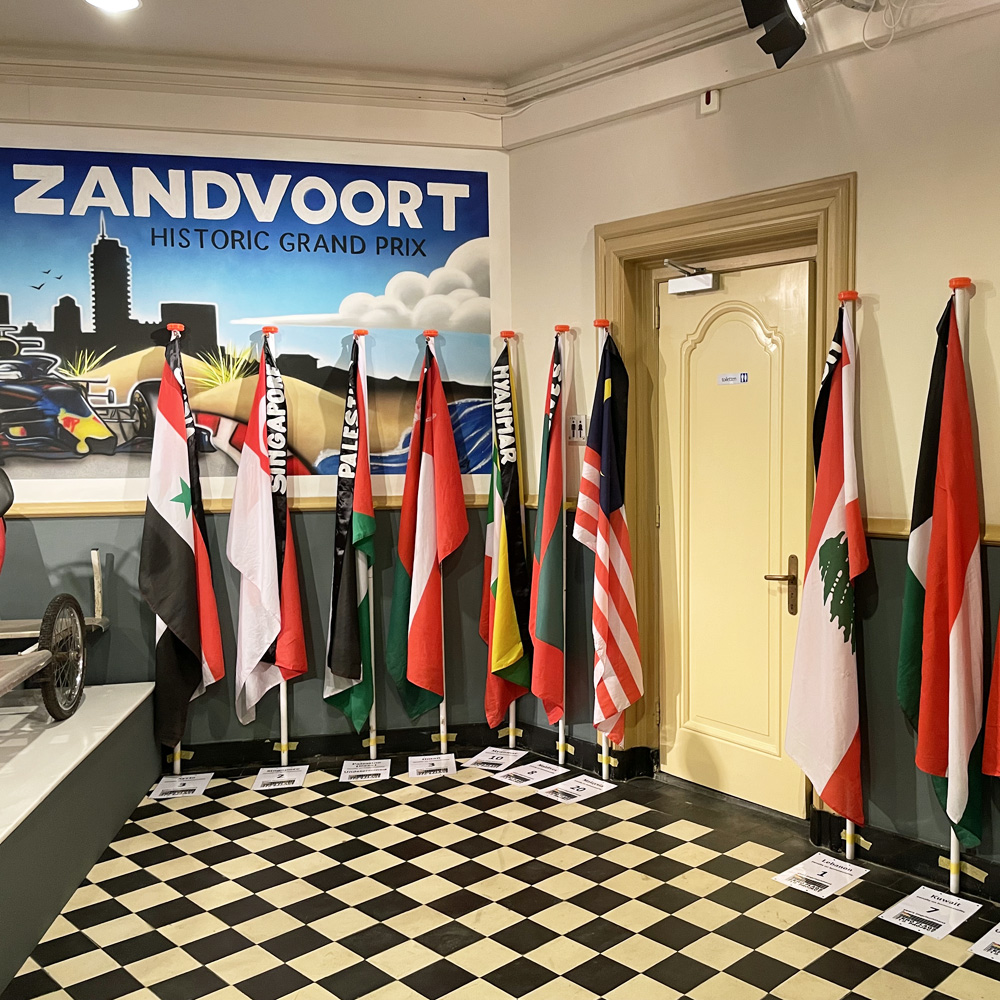 Monday August 2 the 71 flags of countries where homosexuality is criminalized were displyed in the City Hall of Zandvoort as part of Pride at the Beach.