The Zero Flags Project is a countdown to zero flags. In this we work together with organisations such as Pride Amsterdam, ILGA, the UNHCR, Human Rights Watch, Amnesty International and the Equal Rights Coalition. We will continue our countdown until the only flag remaining is the rainbow flag and the whole world lives in sexual- and gender freedom.

*The Zero Flags Project follows the ILGA World State-Sponsored Homophobia report which is a fundamental resource for those interested in accessing the core information on legislation affecting people on the basis of their sexual orientation. You can download the 2020 report here

I WANT TO SUPPORT THE ZERO FLAGS PROJECT FINANCIALLY 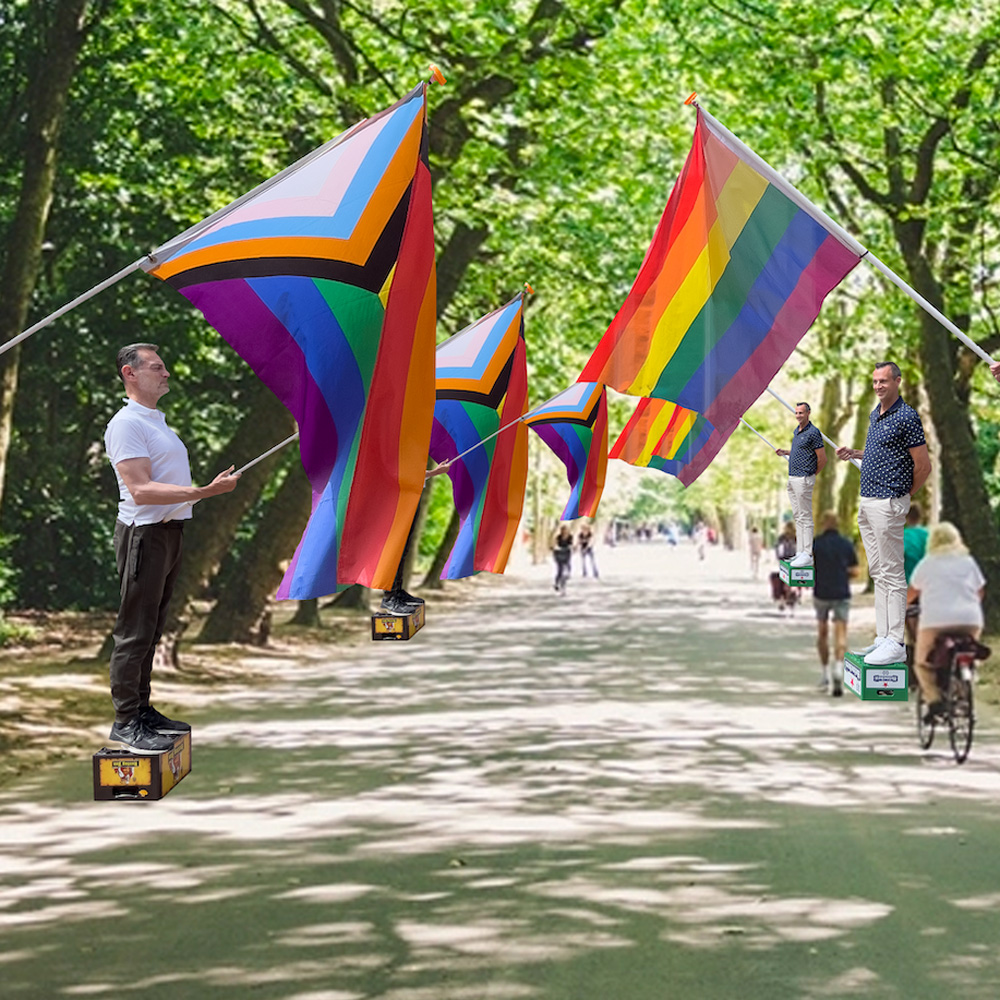 When the Pride Walk enters the main entrance of the Vondelpark the 10,000 participants are greeted by the 71 flag carriers lining the path on both sides. The flag carriers will be standing on a small platform each holding a flag and a sign with the name of the country and the punishment for homosexuality.

After the Pride Walk has passed them by they will join the Pride Walk as the closing group an deliver the flags to the Zero Flags Project stand at Pride at the Park.

The Monument of Visibility of the Zero Flags Project consists of the 71 flags of the countries where homosexuality is in the Criminal Code. During Pride Amsterdam the flags will hang from 6 meter high flagpoles along the footpath of the Museumplein. Each flag pole will have a sign stating the name of the country and the punishment for homosexuality. 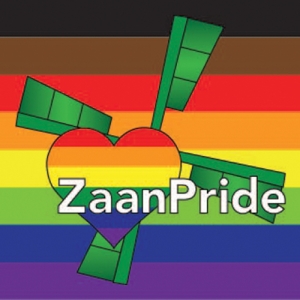 As part of ZaanPride 2022 the 71 flags of the Zero Flags Project were on display as a ‘Moment of Visibility’ in the public library of the City of Zaandam. 11 flags carried a black pennant indicating the death penalty for homosexuality in these countries: Afghanistan, Brunei, Iran, Mauritania, Nigeria, Pakistan, Qatar, Saudi Arabia, Somalia, Sudan, the United Arab Emirates and Yemen. 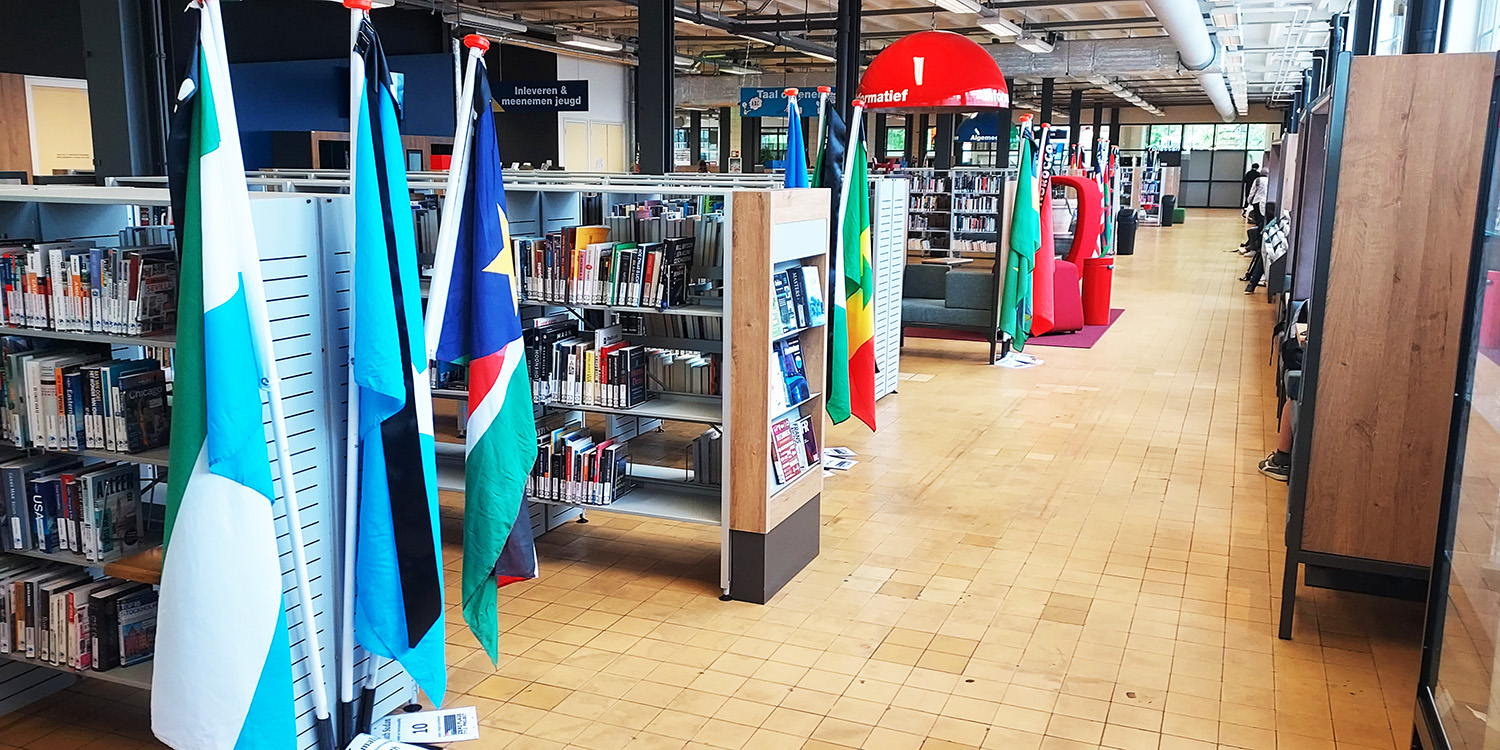 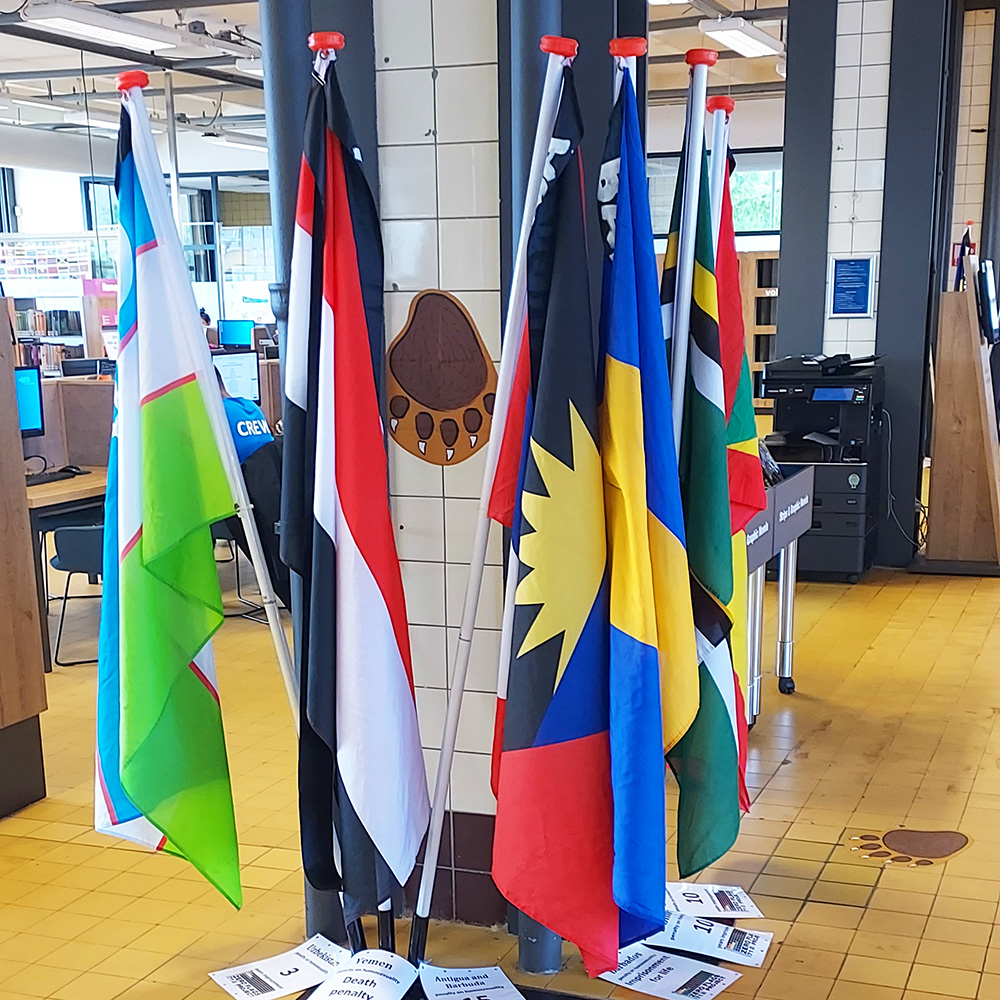 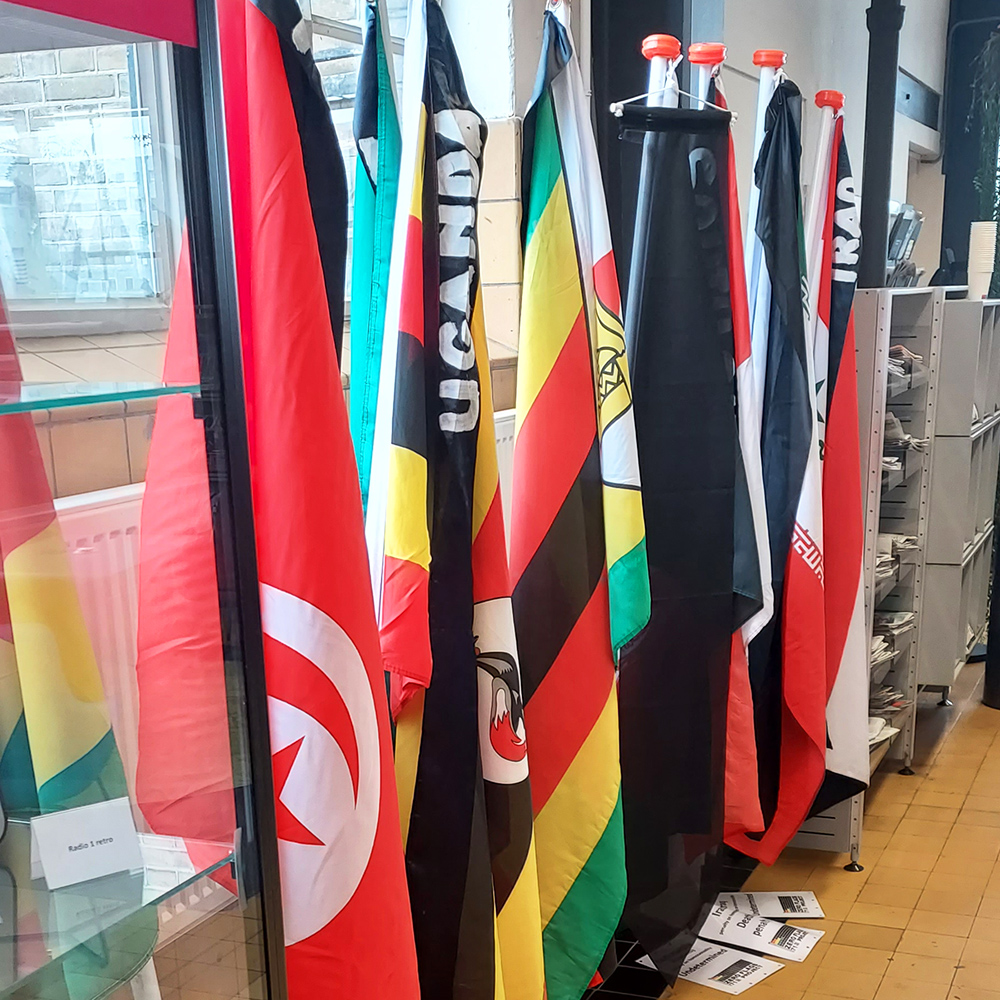 The 71 flags of the Zero Flags Project were on display as a ‘Monument of Visibility’ in the area around the train station in the City of Gouda. The exhibition was organized by the Regenboog Alliantie Gouda in the context of IDAHOT, the international day to raise awareness of LGBTI+ rights violations and stimulate interest in LGBTI+ rights work worldwide which is held every year on 17 May. 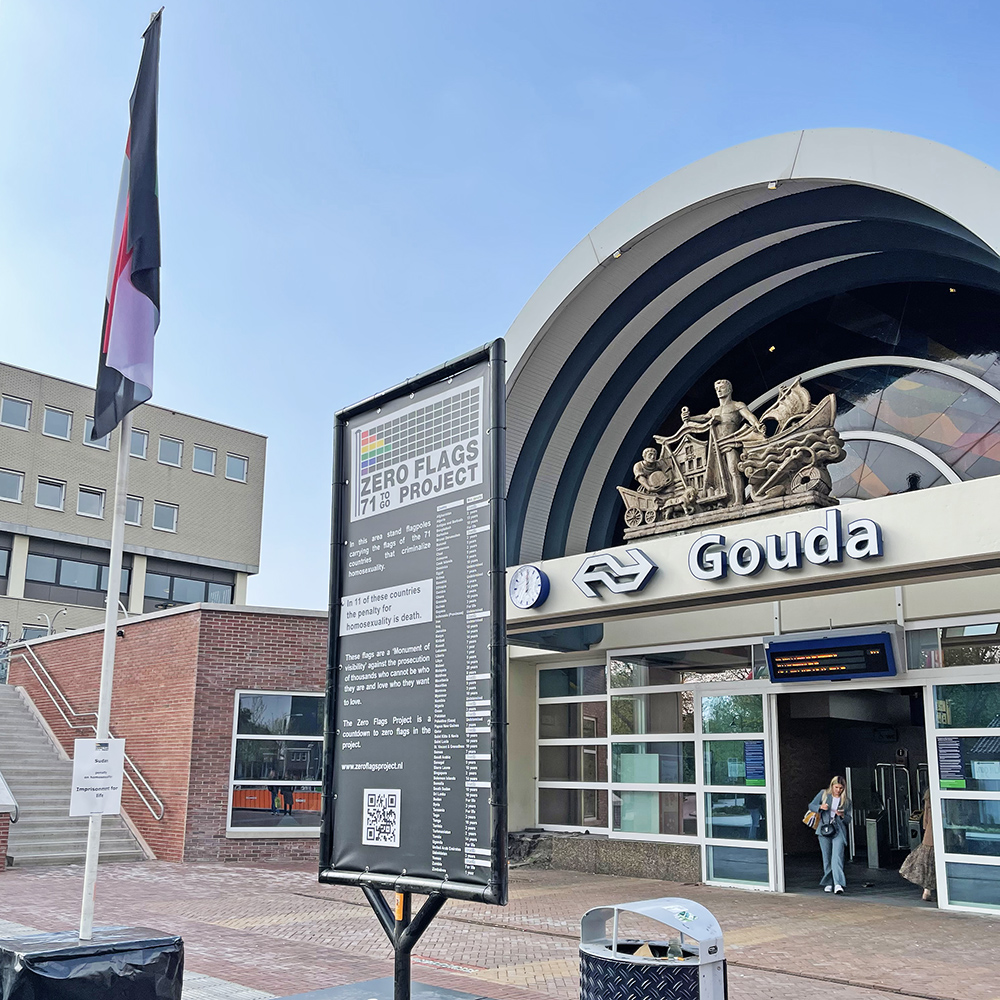 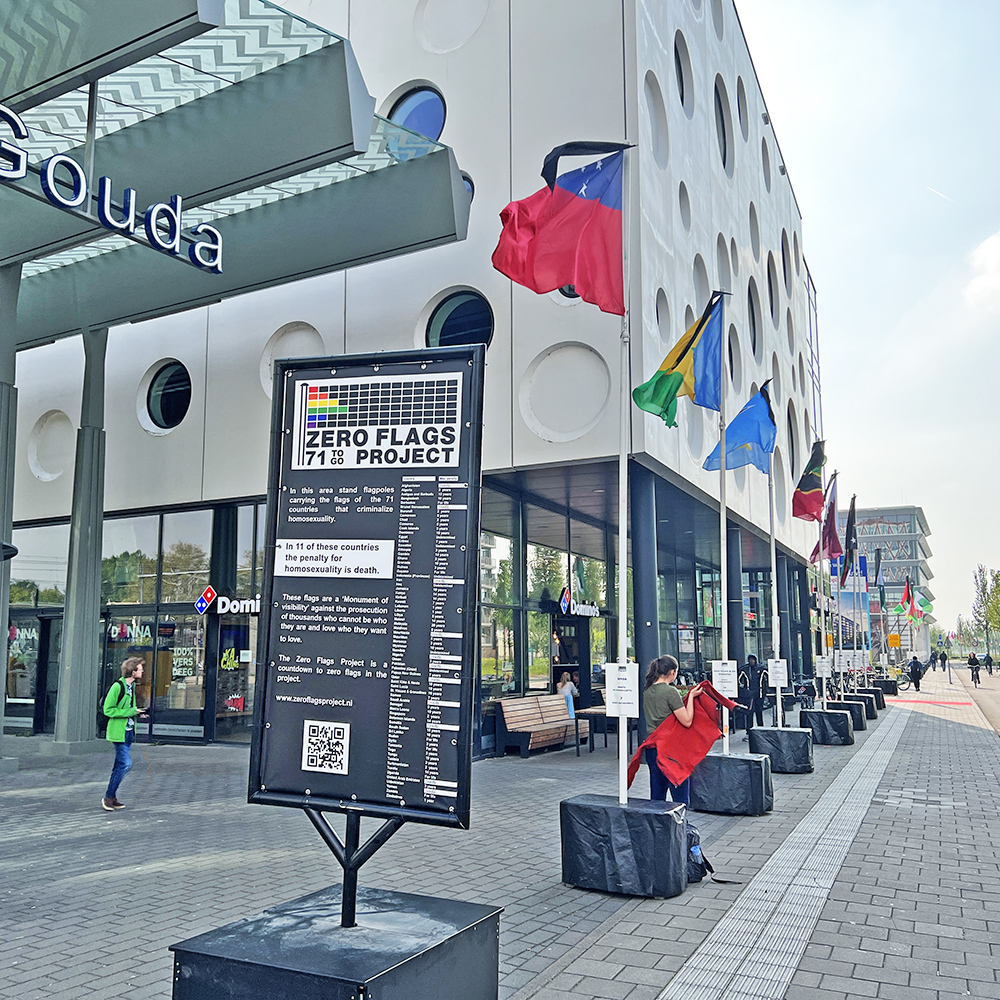 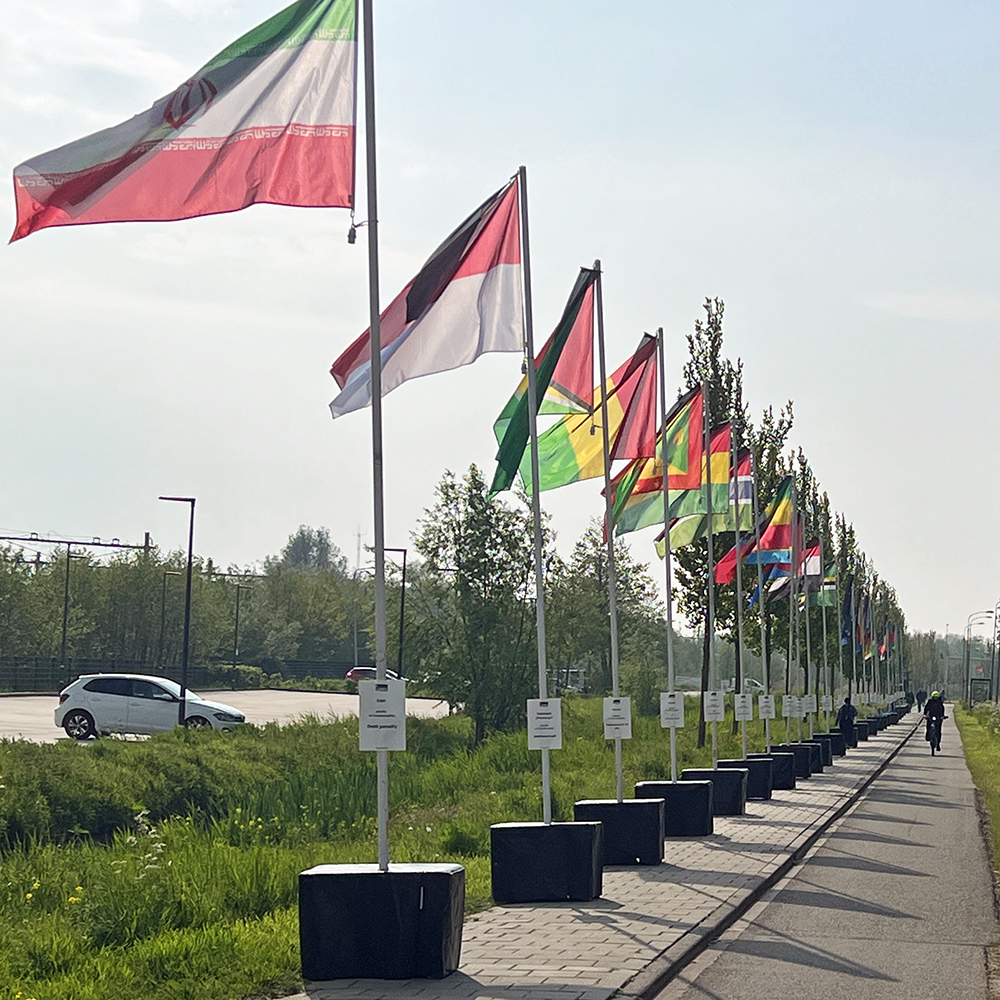 TO LOVE WHO YOU WANT TO LOVE

FOR MANY OF US THAT IS NORMAL

BUT NOT IN THESE 71 COUNTRIES

WHERE LOVING WHO YOU WANT TO LOVE

GETS YOU INTO PRISON

GETS YOU WHIPPED, STONED AND EVEN PUT TO DEATH

BY RAISING OUR VOICE WE HELP THESE COUNTRIES

TO CHOOSE FOR THE POWER OF THE MULTI-COLOURED RAINBOW FLAG